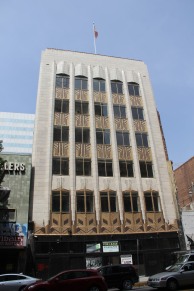 I have marveled at the potential of the art deco building at 537 Broadway many times, so when I got the opportunity to take a look inside it, I was elated.  The 6-story building was designed by Eisen & Walker, the architects behind DTLA’s Fine Arts Building, Oviatt Building and the building that is the current home of the Freehand Hotel. 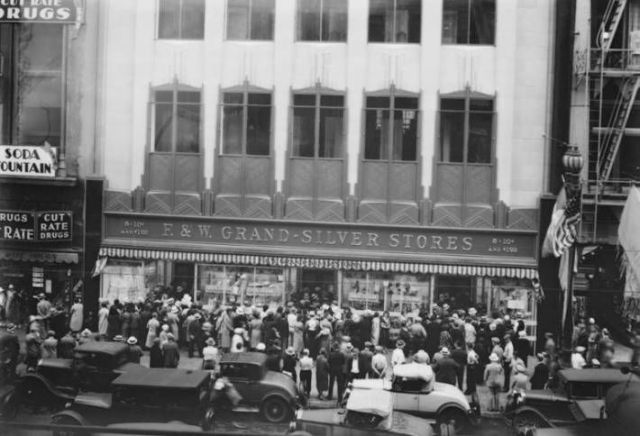 537 Broadway opened in 1931 as a F&W Grand-Silver Stores five and dime, and later became a Hartfield’s department store.  In the 70’s the building was boarded up and remained empty for 40 years.  Finally, the people at King’s Arch of Beverly Hills saw the amazing potential in the structure and bought it for $7.35 million. King’s Arch has invested another $5 million into the renovations.  When they are finished, they will offer up 7,500 square feet of retail space and 10,000 square feet of creative office space.

Jason, the renovation’s construction manager gave me a tour of the project.  The ground floor is future retail space with high ceilings.  His crew has uncovered and restored the beautiful original floors.  As we toured the upper floors, he showed me the original exposed brick walls, but the most interesting part of the tour was the original painted signs they uncovered.  537 Broadway was built between two existing buildings, neither that still exist, so it shared those building’s walls.  During the renovations, crews found the signs that were painted on the sides of those neighboring buildings.  These signs are now artwork that add to the character of the space. 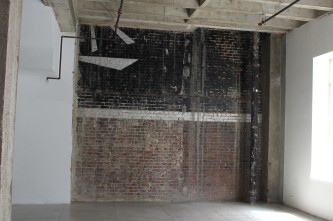 The building is filled with elements from the past, like the vintage windows and doors.  There is also an outside deck on the 4th floor that is being converted into a common area for the future tenants.  The gold exterior looming over Broadway still needs to be restored and cleaned, but when its finished, the final results of the renovation are going to be spectacular.  If you are looking for retail or creative office space, you need to contact King’s Arch immediately, before this place is booked up.