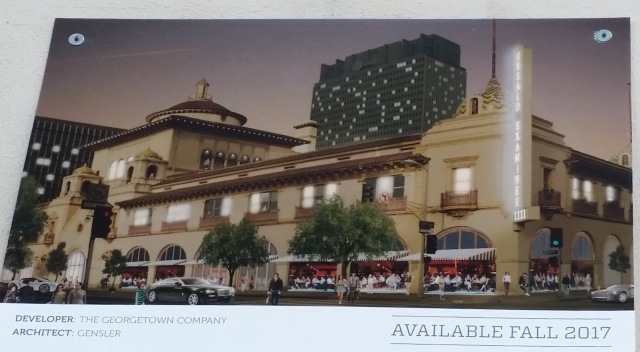 If the signs are right, we should be exploring the new Herald Examiner Building this time next year.  Right now the signs say “Available Fall 2017.”  That means in just about a year the iconic building on the corner of Broadway in 11th Street will wrapping up a $40 million redevelopment.  The building has been vacant since 1989, but has been used as a filming location for many TV shows and movies.  Now it will be transformed into creative offices plus ground floor retail and restaurant space. 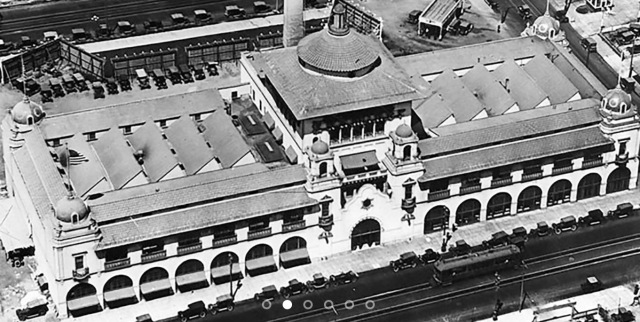 The building dates back to 1913 when California’s first registered female architect, Julia Morgan was commissioned by William Randolph Hearst to design the complex.  The Mission Revival style building became the home of the Herald Examiner Newspaper.  The street level arches that were cemented closed back in 1967 will be opened and the ornate lobby will be restored to its original glory. 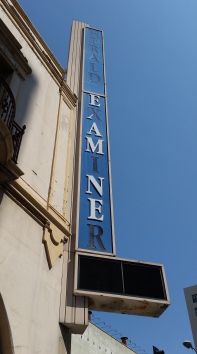 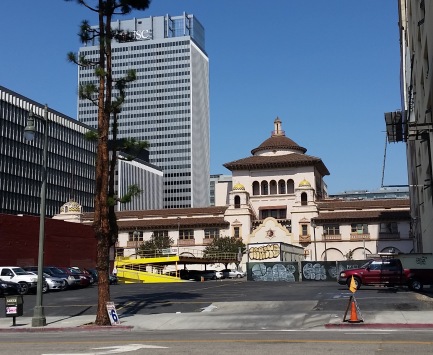 The new and improved building will have what’s described as “irreplaceable finishes, soaring ceiling heights, operable leaded windows and sawtooth skylights.” There will be approximately 100,000 SF on five floors.  There’s even rumors of a newly created Paseo. 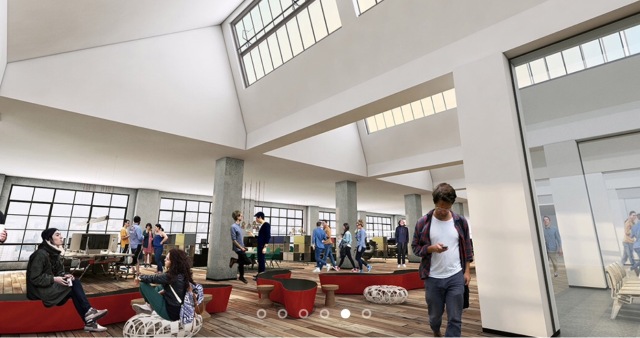 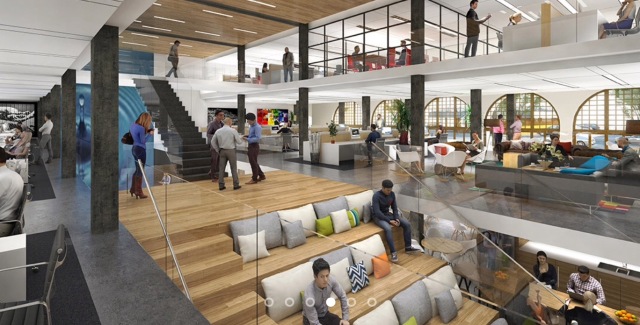 What do you think of the project?  Tell us in the comments section below or on the DTLAexplorer.com social media pages: Facebook, Twitter and Instagram, or email us at Hello@DTLAexplorer.com.

Come along as we explore all the Downtown Los Angeles has to offer!
View all posts by DTLAexplorer →
This entry was posted in DTLA Construction, DTLA Restaurant, DTLA Shopping and tagged Downtown LA, Downtown Los Angeles, DTLA, DTLA Landmark, Herald Examiner Building. Bookmark the permalink.