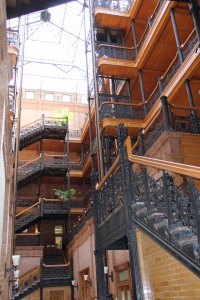 You have probably driven past it many times, but have you ever gone inside the Bradbury Building on the southeast corner of 3rd and Broadway?  It’s the oldest commercial building remaining in the central city.

The Bradbury Building was built in 1893, commissioned by gold-mining millionaire Lewis L. Bradbury.  The design was reportedly influenced by the 1887 science fiction book Looking Backward by Edward Bellamy, which described a utopian society in 2000.  The building cost $500,000 to complete, about three times the original budget.  In 1991, the building underwent a $7 million restoration and seismic retrofitting. 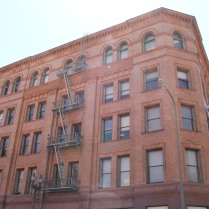 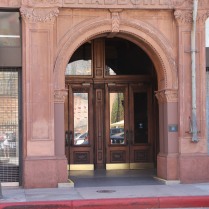 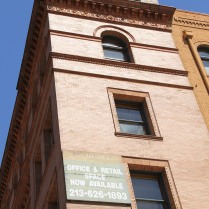 From the outside, the brick building is pretty ordinary, but head inside and… wow!  The five-story central court features glazed and unglazed yellow and pink bricks, ornamental cast iron, Italian marble, Mexican tile and polished wood, capped by a giant skylight.  When you visit, don’t miss the bird cage-style elevators.  If the interior looks familiar, it’s probably because it has been used for dozens of commercials, TV shows and movies, most notably the Harrison Ford classic Blade Runner. 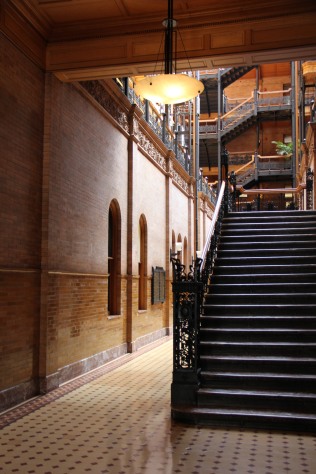 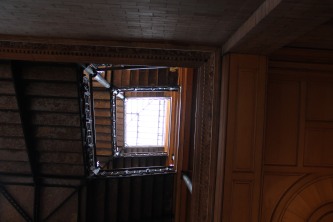 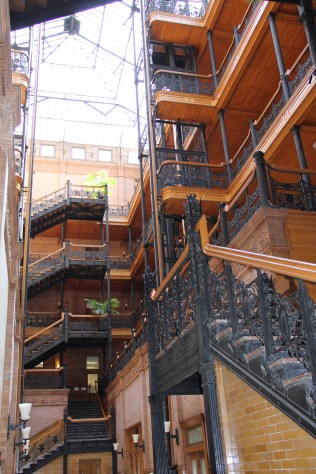 The good news is that the Bradbury Building is open daily at 9am to the public and there is no admission charge.  The bad news is visitors are only allowed in the lobby area and on the first stair landing.  Different groups conduct walking tours of DTLA that include the Bradbury Building.  If you have the time, check one of these tours out.